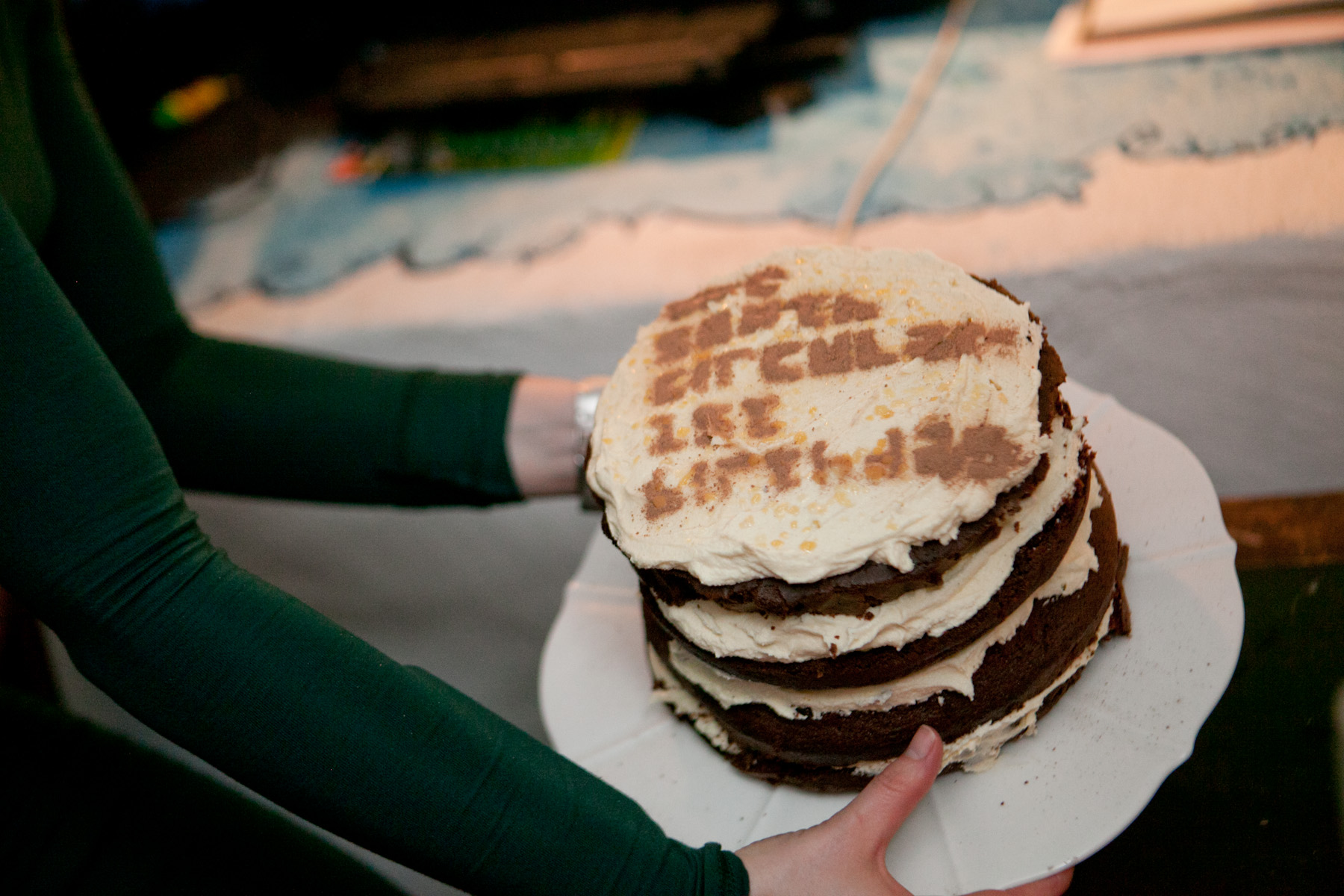 Well, we had a swell time.

Anthony Colclough (issue 4), Albert Moore (issue 2), Elizabeth Reapy (issue 5), Nathan O’Donnell (issue 3) and Adrian Duncan (issue 1) read extracts from their stories published in THE SOUTH CIRCULAR and they made us giggle, shuffle, laugh out loud and wonder for the first half of the night. They were followed by djs Sally Foran and Lil’ Dave who did what they do best: made us dance!

Before we knew it, everyone dancing was also wearing some shape of vintage spectacle or brandishing an optical tool a long-time obsolete. In our wildest dreams of what the 1st Birthday Party would be, we did not see this coming.

It was an extraordinary thing to watch writers we have published read the same stories to a live audience and we were struck how firstly, these stories have stood the test of time (well, a year) and then how they were different but the same said out loud, spoken from the mouths of those who created them first. We always considered a celebration of the writers and their work an essential part of what THE SOUTH CIRCULAR is all about but we never reckoned on how actually delivering such a happening would transport us so much outside of that moment so that it suddenly became weird to take any credit for the ejournal itself.

If we could, we’d go back and live it all again. But we will never repeat the special vibe in the room that night. We cannot say thank you enough to those who contributed their time, skills and energy to making our first event so much fun.

So for the time being we’re getting back to work: reading submissions for issue 6, due in June. We’re going to put all ideas of a second birthday out of our minds for now. Well, maybe just to the back.